The Geography of Madagascar

Located 400 km from the east coast of Africa and covering a surface of more than 580 000 km2, the Republic of Madagascar is the fourth largest island in the world after Greenland, New Guinea and Borneo. Extending about 1600 km from north to south and extending for about 570 km at its widest point.

A mountainous skeleton, with the highest peak of Maromokotro at 2,876 m, extends the entire length of the island, roughly defining the eastern escarpment, the steep coastal plains of the plateaus and plains of the island. West more gently sloping.The relief of Madagascar is very rugged with Highlands (more than 800 m of altitude) which occupy all the north-south axis with culminating points such as in the north, the Maromokotra (2 876 m), in the centre Ankaratra (2643 m) and south Andringitra (2658 m). The eastern slopes abruptly go down towards the Indian Ocean. The western side, on the other hand, has gentler slopes occupied by large plains that join the Mozambique Channel. In these plains flow the longest rivers that lead to the sea by important deltas such as Betsiboka River, Tsiribihina River and Mangoky River.

In this division, the Maevarano watershed straddles two entities; right tributaries are included in the Tsaratanana slope while left tributaries are included in the western slope. The right tributaries are indeed under the effects under of the orographic precipitations of Tsaratanana, but this watershed drains also a southern zone of the dried up region of the western slope. The largest watershed in terms of surface areas are Mangoky 55750 km2, Tsiribihina 49800 km2, Betsiboka 49000 km2, Onilahy 32000 Km2. The largest Eastern Watershed, Mangoro has an area of 17175 km2, less than a third of that of Mangoky. Rivers and streams are short there, almost perpendicular to the coast, with two exceptions: Mangoro and Southern Mananara. The rivers of the southern slope are south of the tropic of the Capricorn and cover about 48750 km2 of superficies. All these rivers are dry at least part of the year.

Madagascar is subject to a modal united tropical climate characterized by alternating rainy season (November-March) and dry season (April-October), whose lengths vary from one region to another. The altitude also accentuates the temperature variations. The dry season can thus be particularly cool in the Highlands where, sporadically, it can freeze (regions of Antsirabe and Ambatolampy). The East coast is well watered (more than 2000 mm of rain/year during eleven months), while the southern part of the island is subject to a long dry season, usually accompanied by a rainfall deficit (275 mm at Tulear). Madagascar undergoes annual damage in the middle of the rainy season (from January to March). cyclones from the Indian Ocean or the Mozambique Channel. 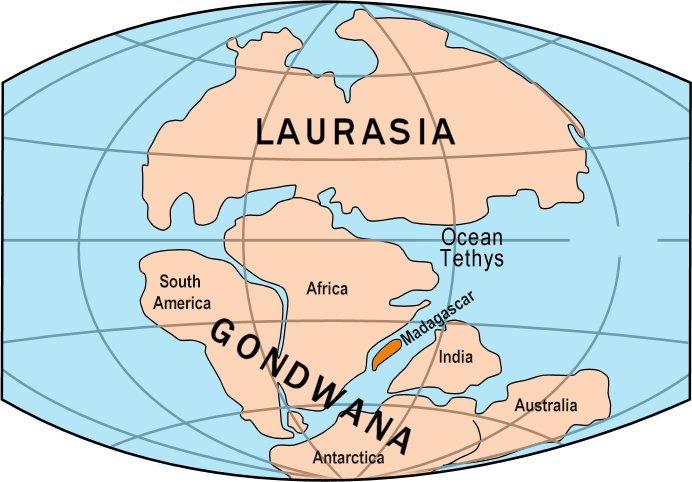 Madagascar was isolated from the Gondwana supercontinent about 165 years ago. Rich in minerals and beautiful landscapes, Madagascar is more distinguished by the wealth of its unique nature – that are found nowhere else but on the island only. 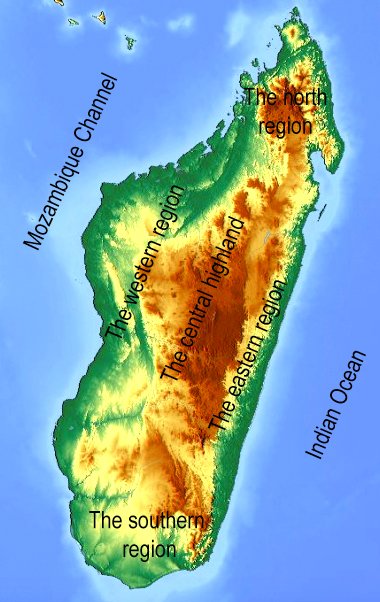